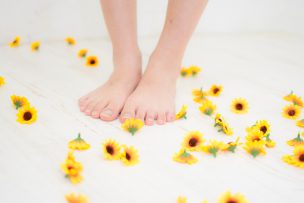 Do you observe your body well?

I am quite well observing my body. Because Crohn’s disease may cause complications in the skin, if you think that there is something unusual, you are conscious of being able to go to the hospital soon enough before it’s too late.

So, one day I felt something wrong with the ring finger of my right foot.

It seems like a bit swollen by a mosquito biting feeling. that? Have you been stabbed by insects? I forgot to leave it for a while. Then in a few days you will have symptoms like internal bleeding. This is strange! I have been observing for a while for a couple of weeks, thinking of going to the dermatology department.

Then how about. Next thing is not like a wart!

Ah! This is Akan! It may be cancer! ! I dashed to the dermatology department while I was scared.

There are kinds in warts

I had my doctor look at my legs.

The state of my fingertip is here. 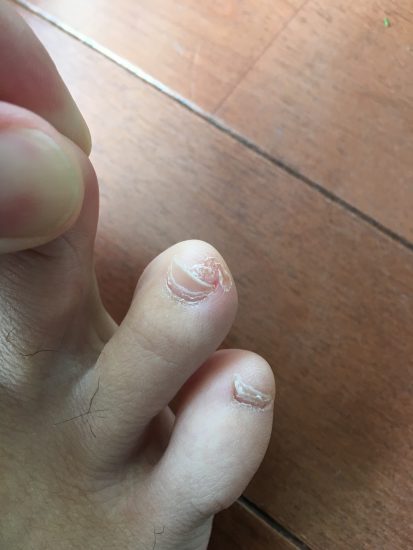 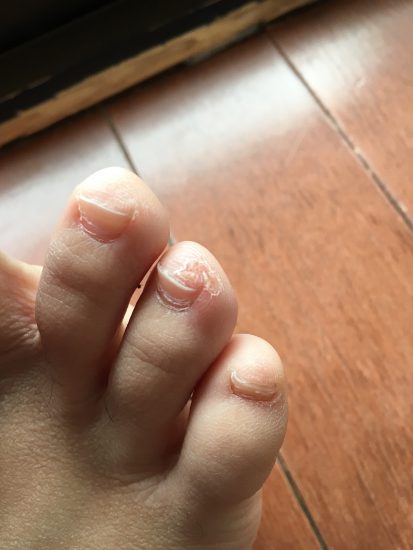 I am sorry for the confusing image, can you see something like a scab on the top of ring finger?

As this was getting bigger and bigger, I translated that I was definitely cancer.

The teacher looks at a glance and says “It is wart!” When asking, “Is not it warts? I am cancer,” please be assured that it is definitely not 100% cancer.This wart is characterized by proliferating in viral warts. ”

It is not cancer! It was already safe only with this.
“Cancer” is one of the most bibling keywords for those using Crohn’s disease antibody preparations.

How to treat viral warts?

For treatment of viral warts, cryotherapy with liquid nitrogen is generally used.

Cryotherapy is a method in which frostbite is caused to suddenly cool the wart body with ultra-low liquid nitrogen at -196 ° C. to cause necrosis of viral tissue, which seems to be the standard of this treatment It is.

“I will treat it from now,” but I am not ready for the mind, but I will spray a liquid nitrogen spray on my fingertips.

I spray a liquid of -196 degrees directly on my fingers so it hurts so much!

The doctor ordinarily sprayed three times in total saying “Please be patient.” My fingers became painful before I came to the hospital though I should have treated it, and on the way home I dragged my foot and went home.

Also, shockingly, this treatment is not finished in one time, and it will not be healed unless it lasts for about 2 months.

This is my finger who cryotherapy with liquid nitrogen. 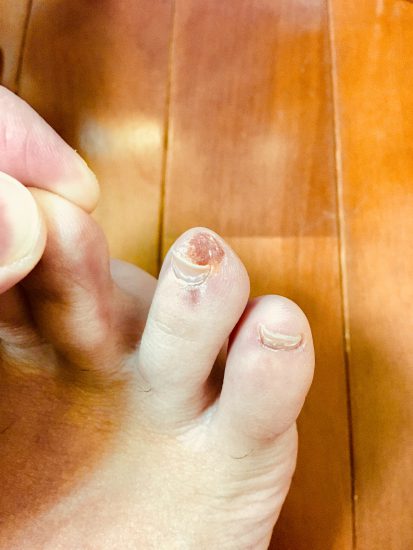 It is bright red. The organization is completely dead.

I am looking forward to seeing it as a scab after 2 weeks.

What caused the virus warts?

When there are wounds in limbs

When the skin is scratched, it means that the virus invaded and settled there.
There is a danger of being infected even from small scratches such as scratches and scratches. However, normal people do not get infected. Infection is also related to the following reasons.

When immunity is falling due to poor physical condition

There is a small scar invisible to the hands and feet, and the virus enters from there before the previous stage.
If it is healthy, the immune function works and repels the invading virus, but if the body is weak it can not bounce back the virus. It is easy to be infected when physical strength is falling, so be careful!

Well I was convinced that Crohn’s disease was immunity-lowering with Humira and that it was a situation that was easily infected.

Let’s habit to go to the hospital immediately as soon as there is any abnormality in the body!

Because it is the shockest thing that it was too late.

Oh, by the way, because it is not a medicine on the market, the viral warts will not heal, so please go to the dermatology properly! !